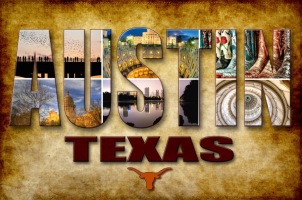 Houston, a gateway to the United States from Beijing since direct Air China flights began on July 11, is preparing to promote key tourist spots, culture and Texas charm to a growing number of Chinese visitors, an official said.

The Greater Houston Convention and Visitors Bureau is busy preparing for a media blitz in Beijing in November, Forge Franz, the bureau’s vice president of tourism and international sales for Houston, told Xinhua in a recent interview.

“We will be going back to Beijing to do major promotions of Houston, including packages to get people to come and see the city, so people can see what all there is to do in Houston and we can capitalize on the outbound market from China,” Franz said.

Franz said they will work to make sure the travel trade in China knows how to sell Houston and to try to get consumers interested in what Houston can offer.

Texas’ latest statistics show that Chinese visitors in the state is on the increase, Franz said.

“The visitor volume from China increased by 35 percent from 2010 to 2011, so the numbers are going up even before direct flights began,” Franz said, adding that 64 percent of travelers go to Texas for business and 33 percent for tourism.

“We love the Chinese because when they come to Texas, they stay for an average of 14.7 nights,” he said, adding they love to shop.

“Information from The Gallery and other shopping entities shows that Chinese visitors spend an average of 5,000 US dollars per person per trip,” Franz said. “That’s more than any other international market to the state and to Houston.”

The number of Chinese visitors is expected to increase substantially from the last known figures in 2011 to the present, much of it due to expectations of direct flights on tourism in Houston, Franz said.

Information from the state of Texas gathered in 2011 shows that China has shown up for the first time on the list of top 10 international markets to Texas, said Franz.

“That represents about 42,000 visitors a year and we estimate that about 80 percent of those come to Houston,” he said.

Franz said there will be no lack of sights to pique the interest of Chinese vacationers or business professionals, attractions he plans to include in his November presentations.

“We’re well-known for Space Center Houston, which would include the Saturn V rocket that went to the moon and tours of the training facilities for astronauts,” Franz said.

“We’ll also be including dining experiences, such as eating a Texas steak or going to eat barbecue, authentic Texas experiences.”

The official said Houston is also interested in bringing tourists to watch a Houston Rockets game.

Franz said that he believed the huge Chinese market as well as Houston’s Chinatown and large Chinese-speaking population will make the city “a perfect destination for the Chinese.”
Well known travel magazines about the United States have already published this year stories about Texas travel and tourism, such as Luxury Hotels of America, that will help this beautiful state to be better known by Chinese travelers.