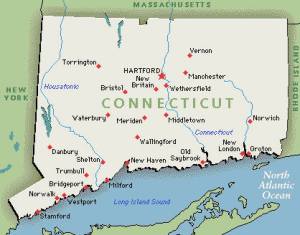 Connecticut is courting Chinese tour directors in hopes of attracting some of the growing number of visitors from their country to help revitalize the state’s tourism industry.
During a visit in the past week by a group of Chinese tour operators, representatives of the U.S. Department of Commerce, U.S. Rep. Joe Courtney and others promoted southeastern Connecticut. That region is home to the Mystic seaport, Mystic Aquarium, two Indian-run gambling casinos and several vineyards.

The group of nine Chinese officials stayed at the Mohegan Sun hotel and visited Mystic and the shoreline town of Clinton. They also went to area vineyards and Westbrook’s malls.
Peter Glankoff, senior vice president at the Mystic Aquarium, said the region needs a boost. Tourism has been flat over the last 10 years due to the recession, the weak recovery and what Glankoff said has been a lack of investment in tourism in Connecticut.

He said the town of Mystic is one of the state’s strongest attractions and is among the leading brand names in New England tourism.

The town was founded in 1654 and became a shipbuilding center in the 19th century, during the clipper ship era. More recently, Mystic has become known for the Mystic Seaport, a prominent maritime museum, and the Mystic Aquarium, home to Robert Ballard, known for his discovery of the Titanic in 1985. The aquarium draws about 10 percent of its 700,000 visitors a year from overseas, Glankoff said.
“It’s OK, but the potential is much greater,” he said. Aileen Moriarty, sales manager at United Airlines, helped organize the visit as a way to promote visits to Connecticut from the airline’s route to Newark Liberty International Airport. Tourists can take the train or bus from northern New Jersey to Connecticut.

Most tourists bypass Connecticut in favor of New York and Boston, she said. The Connecticut itinerary got the attention of tour operators as an alternative to other U.S. destinations, she said. “Most international travelers have already seen New York, Los Angeles and Boston,” Moriarty said. “They’ve gone to the main attraction.”

Tourism from China to the United States is relatively small. Chinese tourists ranked No. 9 in visitor spending with $3.5 billion in 2009, but the numbers are rising quickly, according to the U.S. Commerce Department. According to Pierre Gervois, CEO of China Elite Focus, a PR agency specialized in helping destinations to attract more Chinese tourists “The US are #1 dream destination for most of Chinese tourists. As the tourist  visas are gradually easier to obtain, the U.S. CVB’s should get ready to welcome a growing number of affluent Chinese visitors”.

Connecticut’s economic development officials don’t expect quick results from the tour by Chinese officials. “It’s not instant, instant gratification,” Evans said. “Maybe we’re taking a few (tourists) that are going to Florida or the Cape or San Francisco or Canada. Maybe we’re taking a little from there and some new people.”