Bloomingdale’s leading the way in marketing to affluent Chinese tourists 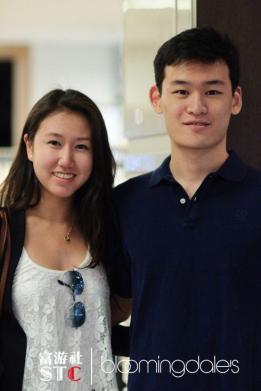 Although luxury sales in mainland China have still remained in slowdown mode in 2015, and Hong Kong has recorded a significant slump as well, Chinese spending remains a potent force in the global luxury industry, propping up growth rates in developed markets worldwide.
This week, Hermès reported a 22 percent increase in global sales in the second quarter, with sales in Japan leaping 33 percent—a figure attributed in large part to an influx of big-spending Chinese tourists attracted by a weaker yen and easier travel. On a global scale, Chinese travelers are spending lavishly: a recent Global Blue report found that Chinese tourist spending jumped 87.8 percent in June, while spending on leather goods in Europe grew by an even more staggering 93.7 percent. Year-to-date spending growth sits at a whopping 110 percent.
These numbers contrast sharply with the situation in mainland China and Hong Kong, one that is particularly striking in formerly triumphant Hong Kong. Last week, Burberry reported a “double-digit percentage decline” there for the three months ending in June, while sales of Swiss watches in the former British colony were down 21.2 percent in June, despite 3.3 percent growth worldwide.

These numbers further support the trend that growth is following Chinese tourists abroad, and brands need to keep up with their changing location preferences for travel—engaging outbound shoppers before they leave China and when they arrive overseas. Recent stats also illustrate the ever-shifting tides of Chinese travel patterns. Whereas Japan was, just a few years ago, faced with a Chinese tourist slump (caused in no small part by Sino-Japanese political tensions), the country is seeing a wave of Chinese arrivals and spending, owing to cooling attitudes toward Hong Kong and South Korea’s currency fluctuations and MERS outbreak.
Amid these rapid and unpredictable changes, what is clear is that brands need to have plans in place to quickly jump on opportunities, and ensure they’re able to reach and influence the Chinese outbound consumer wherever he or she happens to be in the world.

“Luxury retailers like Bloomingdale’s have well understood the importance of targeting affluent Chinese tourists”, said Pierre Gervois, CEO of China Elite Focus and Publisher of the Shanghai Travelers’ Club magazine, a high end publication in Chinese language for High Net Worth Chinese global travelers. “Bloomindale’s and the Shanghai Travelers’ Club magazine have launched a very creative marketing and PR campaign this spring showing actual Chinese customers and what it feels like to shop at the iconic Bloomingdale’s store in NYC.” Gervois added. This campaign has generated a considerable attention on Chinese social media and is the first ever campaign focused on the Chinese customer and the overall shopping experience in a U.S. luxury retailer. An example to follow for the industry.