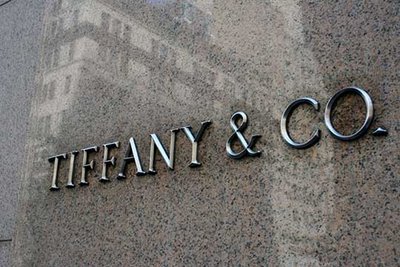 Jewellery-hungry Chinese tourists fuelled a surge in US sales at Tiffany this summer, helping the luxury retailer produce robust second quarter profits in spite of a weak economic backdrop.
Tiffany raised its annual earnings outlook on Friday as customers shrugged off economic concerns and continued to purchase its luxury items. The company’s second-quarter performance exceeded the expectations of Wall Street analysts and its shares jumped 7.51 per cent to $67.85 in early trading in New York.
“We are extremely pleased by these results which confirm the growing global appeal of Tiffany’s product offerings,” Michael Kowalski, Tiffany chief executive, said. “We have been able to absorb precious metal and gemstone cost increases while improving our gross and operating margins.”
Outside the US, fears about weak demand were unjustified. Sales in Japan, which was battered by an earthquake and tsunami in March, rose 21 per cent from a year ago. Europe, where many consumers have been hit by government spending cuts, also showed strong growth with sales climbing 32 per cent.
Sales in the Americas rose 25 per cent from a year ago, while sales in Asia were up 55 per cent .
In the US, Tiffany said that more than half of the sales increase was due to increased spending by foreign travellers, led by Chinese tourists. Sales of items priced above $20,000 and $50,000 showed “notable strength”, the company said.
“We were bracing for pockets of weakness, little indications of the macro story coming home to roost in a retailer than has been on fire for longer than a year,” said Brian Sozzi, retail analyst at Wall Street Strategies. “At the moment, we are hard pressed to find negative aspects to the quarter, only a bunch of interesting positives.”
“We  have monitored the needs of wealthy Chinese tourists in the U.S. for the last two years and the first items they buy during their leisure trip in the U.S. are high end jewels and watches. This is a very good news for the American luxury retail industry”, said Pierre Gervois, CEO of China Elite Focus.
Paul Lejuez, retail analyst at Nomura, said that the 41 per cent year-on-year sales increase at Tiffany’s flagship store in New York was the largest since 1990, when he began tracking the company. Calling their sales “off the charts”, he said that Tiffany, which operates 236 stores around the world, could probably increase its prices further without suffering a significant sales slowdown.
“There certainly are a lot of people out there with a lot of money who are looking to spend it,” Mr Lejuez said. “People look at their merchandise as having some innate value, and that goes a long way.”
“Despite continuing economic uncertainty, our strong first-half performance gives us ample reason to remain confident about our prospects for the balance of the year,” Mr Kowalski said.